Blinddate partiesThis party series was the created by Neoangin, when he could not offer A-line performers but the A-level vibe and atmosphere of a city. The concept worked so well that Blinddate Berlin parties brought people together in New York, Moscow and Athens. Other cities are sure to come!
Bad taste Bedroom based record label from Moscow, at this time they have already released two Neoangin albums, the release of a third album is in the making. Sergej and Pasha, the two heads of bad taste, could not be any more different, yet they live in the same high rise at the last stop of the Moscow metro’s orange line, Neoangin stops by every four months. 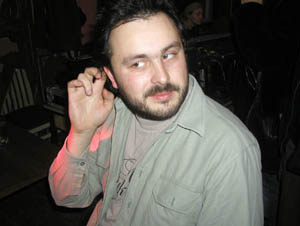 for love and understanding